Do you want to know more about Joinby? Are you curious about our motivations and do you want to
write a nice article about it? We like that! the more fun
meeting people, the more fun it becomes. Please do not hesitate to contact us if you have any questions!
Email us 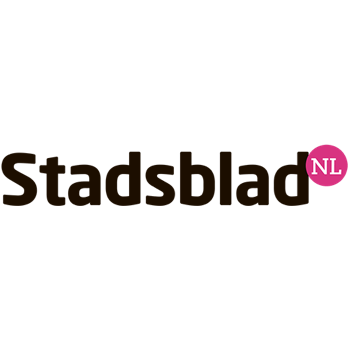 UTRECHT January 1, 2020 – With all the lessons from the pilot in mind, we are launching “voor t eggie” in Utrecht today! Goal: to actually bring people together. With people close to home, so that it is easier to meet up (more often).

UTRECHT – Bringing like-minded neighbors and fellow citizens together to do what you enjoy – that is the goal of Utrechter Bas Kremer Hovinga, who will start a pilot with his new platform Joinby in Utrecht in September.

Joinby (“Join-bee”) is a social app where you only find people who live in your own area (your neighbourhood, city and/or province). You can easily join small groups in your area for what you like, for example a movie group, a cycling group or a group to play a game together. In a group you can then propose to do something 1-1 or as a group.

The idea for Joinby came about after seeing a TED video that showed that “good social relationships” are the only predictive factor for a long & happy life. “If that makes people the most happy, I want to do something with that, I thought”. It started with an idea for a kind of 'bat call for friends', but it soon became apparent that there was insufficient need. I then started to focus on meeting new people. I drank coffee with people in my neighborhood to find out the need and looked around a lot about what was already there. It turned out that existing platforms often mainly offered large impersonal, non-local groups, especially aimed at online chatting. With Joinby we offer a platform with small-scale local groups, for people with the same interests, aimed at actually doing something. So that people really start doing things together and hopefully even lasting contacts arise!

The test version of the app will be available to invited guests in Utrecht from 3 September. You can pre-register via www.joinby.app.

This website uses cookies to improve your experience while you navigate through the website. Out of these cookies, the cookies that are categorized as necessary are stored on your browser as they are essential for the working of basic functionalities of the website. We also use third-party cookies that help us analyze and understand how you use this website. These cookies will be stored in your browser only with your consent. You also have the option to opt-out of these cookies. But opting out of some of these cookies may have an effect on your browsing experience.
Necessary Altijd ingeschakeld
Necessary cookies are absolutely essential for the website to function properly. This category only includes cookies that ensures basic functionalities and security features of the website. These cookies do not store any personal information.
non-necessary
Any cookies that may not be particularly necessary for the website to function and is used specifically to collect user personal data via analytics, ads, other embedded contents are termed as non-necessary cookies. It is mandatory to procure user consent prior to running these cookies on your website.
OPSLAAN & ACCEPTEREN